It definitely feels like this wedding season is off to a good start. I’ve just found out that one of my photographs received Gold Masterpiece Award in the latest contest organised by Wedding Photojournalist Association (WPJA). The WPJA contest is judged by a panel of highly acclaimed photojournalists and picture desk editors at major news publications, so to be recognised by them is hugely gratifying to say the least.

The photo depicts the beginning of the ceremony at St Salvator’s Chapel in St Andrews. It shows groom’s reaction to the entrance of the bride as he’s about to see her for the first time. This is always one of the most anticipated and emotional moments of the wedding day. At the same time groom’s bestman (and also his brother) is looking at him with a smile adding a touch of humor to the situation. I also like the fact that groom and his bestman are balanced by the figures of bride and her father on the other side of the frame. 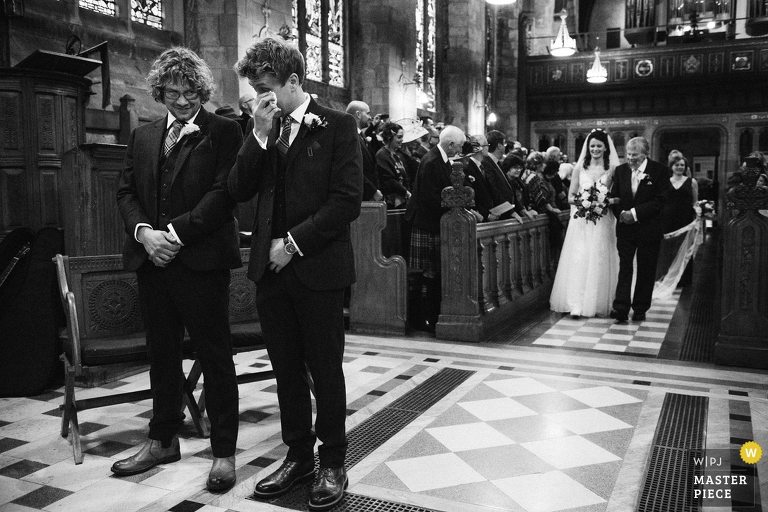 Let’s start the first weekend of December with s

Buzzing to see this beautiful pair on my editing s

If you want to have a perfect autumnal wedding day

Just sent the photobook project to these two 🫣